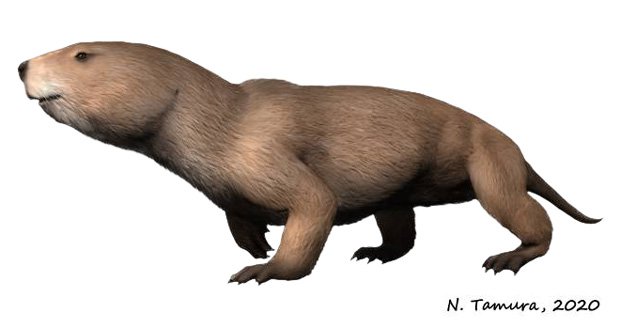 The Lower Jurassic Navajo Sandstone, along with the equivalent Nugget and Aztec sandstones represents the largest sand dune desert (called an “erg”) in the history of this planet. This erg existed for about 10 million years. Body fossils of animals that lived in this desert are rare, but trace fossils like tracks are fairly common. Studies in recent decades have described fossil burrows preserved in Navajo Sandstone sites near Moab. These burrows were likely created by Tritylodondids, a lineage of animals related to the mammals, whose body fossils and likely tracks are found in the Navajo Sandstone and underlying Kayenta Formation.

A variety of trace fossils are associated with small areas of carbonate rock that were created by interdunal lakes where groundwater created oasis pockets. The dunes and mounds near Moab are present in aeolian (wind-blown dune) sandstone beds, sometimes below lake-formed carbonate layers. Determining the origin of the branching structures isn’t easy because many similar structures include rhizoliths (fossil root casts), fluid escape features (liquefaction), and others. Two different types of structures have been attributed to burrowing animals in studies by paleontologists specializing in ichnology – the study of trace fossils.

“Type I” burrow structures have dense and complex networks of interconnected Y-shaped and T-shaped branching tunnels. These burrows also include inclined ramps that tie into low mounds. The walls of the tunnels are mostly smooth and the structures have similarities with burrows created by social animals (a modern example would be prairie dogs). A few specimens described by Riese and others (2011) show striations on the burrow walls that were likely created by the animal’s claws as it dug the tunnels. 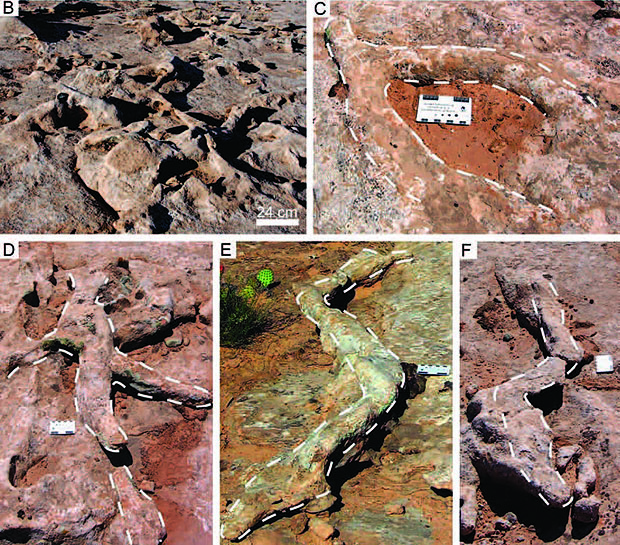 “Type II” burrows have flattened tunnel structures with helical, curving, and simple branching tunnels that may lead to an enlarged terminal chamber. These burrows likely represent a permanent dwelling and brooding structure for therapsids — perhaps created by animals similar to fossil tritylodontids from the area. Other similar burrow structures are attributed to large tritylodontid therapsids from the Permian and Triassic of Antarctica and South Africa. Similar kinds of modern burrows are made by mammals like the platypus and armadillo. 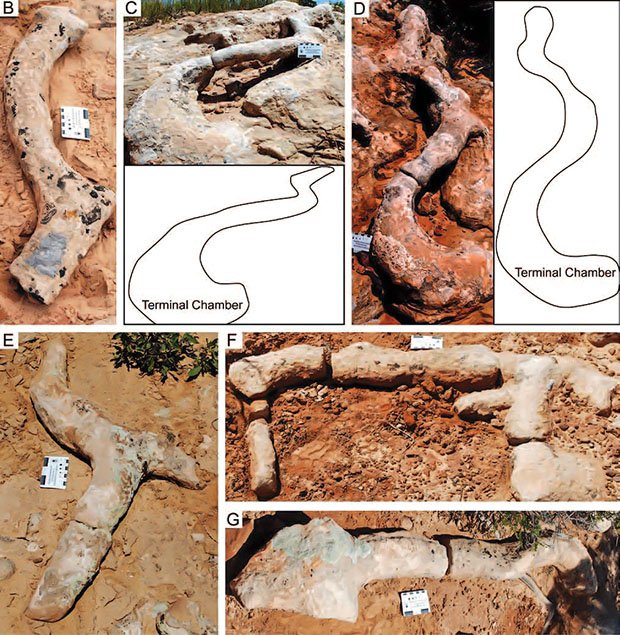 Locally famous amateur Moab geologist F. A. Barnes ( who died in 2003) was the first to wonder if these fascinating structures represented burrows. When Georges Odier (1931-2009) moved to Moab, he took up Barnes interest in these features became an enthusiastic advocate for paleontological research of the burrows. Scientist David Riese and Stephen Hasiotis, among others, have published detailed research papers on these sites. 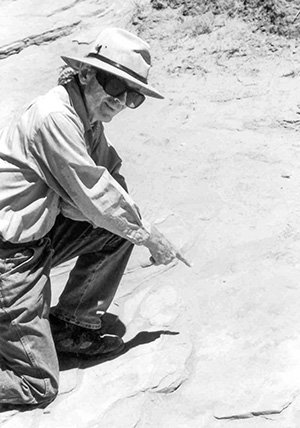 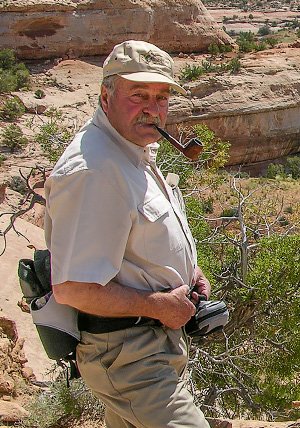 George Odier (right) became a passionate amateur advocate for research on these features.

Scientific paper describing the Navajo Sandstone burrow features: Riese, D.J., Hasiotis, S.T., and Odier, G., 2011, Burrows excavated by mammals or therapsids in the Navajo Sandstone and their as-sociation with other organisms represented by trace fossils in a wet desert ecosystem: Journal of Sedimentary Research