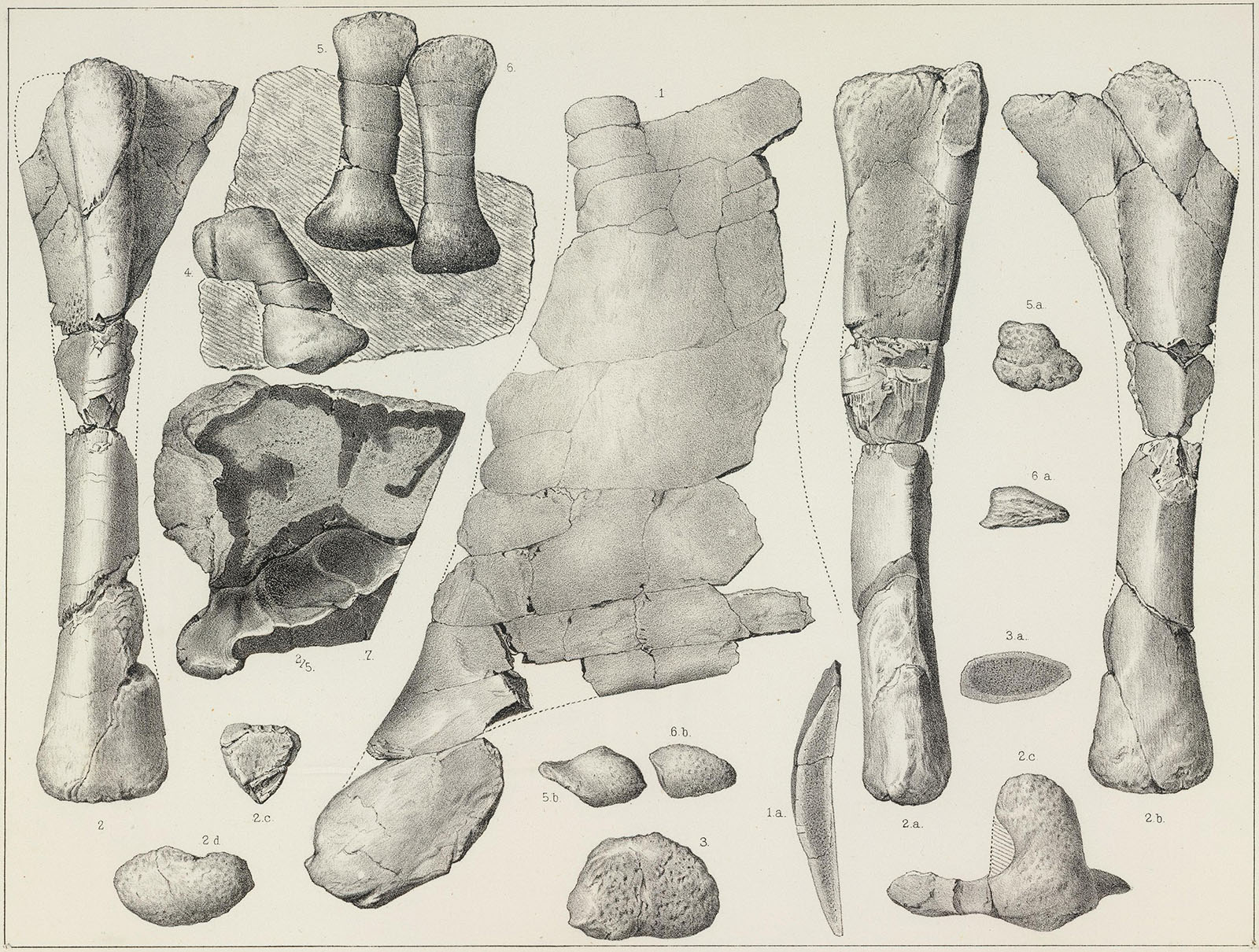 The Dystrophaeus Project — It All Started in 1859

The History of the First Dinosaur Found in Utah

In 1859, Captain J. N. Macomb led a U.S. Army engineering survey from Santa Fe, New Mexico, to the confluence of the Colorado and Green rivers. Along the way, the group camped in an area that’s now south of Moab, Utah. In August, during their stay, expedition geologist J. S. Newberry discovered several bones of a sauropod dinosaur in the rocks above some sandstone cliffs in a canyon near the camp. Newberry admitted in his report that the expedition crew was ill-equipped to excavate these bones, although they were able to remove several. He also mentioned that there were bones still in the ground that they were unable to remove before their departure.

The famous paleontologist Edward Drinker Cope described and named Dystrophaeus in 1877. Cope named the bones Dystrophaeus viaemalae, a puzzling combination of Latin and Greek that seems to mean “bad bones, bad way,” apparently referring to the hard and difficult climb to recover the fossils bones on the sandstone cliffs. The Smithsonian Institute houses the fossil material from that historic excavation.

In the mid-1970’s, Moab amateur geologist Fran Barnes set out to find the old quarry site. In 1988 he found a site with with location details and bones that fit the description of journals from the Macomb expedition. Barnes contacted the then Utah State Paleontologist, David Gillette. Later comparison of rediscovered bones and the original material proved that Barnes had indeed rediscovered the original Dystrophaeus quarry site. 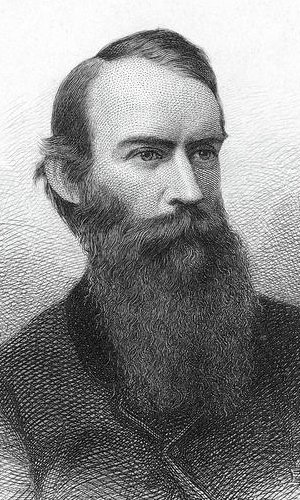 Dystrophaeus "...still remains to reward some future geologist who shall visit this interesting locality, with more time at his command and more adequate implements for rock excavation than we possessed." 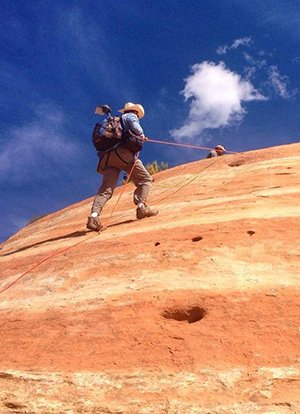 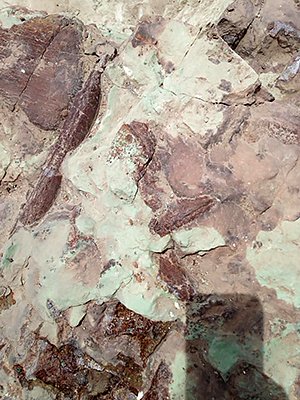 As the geologically oldest sauropod found in the U.S., the specimen is critical to understanding the origins and evolution of sauropod dinosaurs in North America. Over the course of several excavation seasons, scientists have collected more of the specimen in order to find diagnostic elements that can help further identify exactly what kind of sauropod Dystrophaeus is. The July 2017 excavation is the most recent to recover more large jackets of fossils that await preparation. Preparation of the newly-recovered fossil material is challenging. There is a hard crust surrounding bones that is similar in color to the fossils. The preparation work will take several years.

The original fossils recovered in 1859 include a forelimb of Dystrophaeus, a cast of which is on display at the Museum of Moab.

For more Dystrophaeus history, visit this page at the Utah Geological Survey website