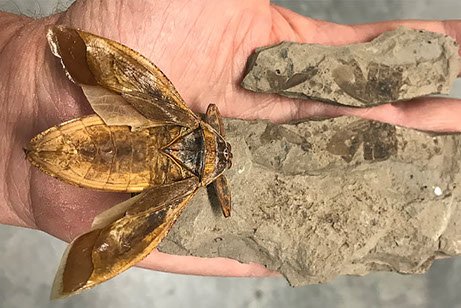 A recently-discovered site in southeastern Utah has yielded beautifully preserved fossils of plants, insects, and other small animals. These fossils provide an extraordinary snapshot of the Morrison Formation ecosystem, 151 million years ago.

The newly-described predatory hemipteran insect from this site is only the second insect body fossil ever reported from the Upper Jurassic age Morrison Formation. The Morrison Formation is best known for its famous dinosaurs, like Allosaurus, Stegosaurus, Apatosaurus, Barosaurus, and many more.

Scientists from Argentina and Utah named the insect Morrisonnepa jurassica, honoring both the geological formation and the geologic age of the specimen. Modern relatives of this genus are relatively large predatory carnivores that eat invertebrates, but that also prey on vertebrates like small fish and amphibians. 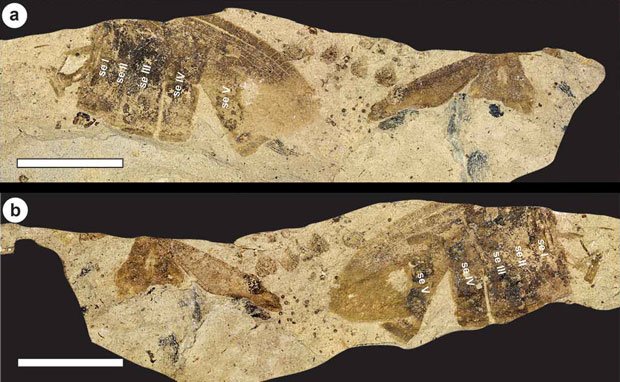 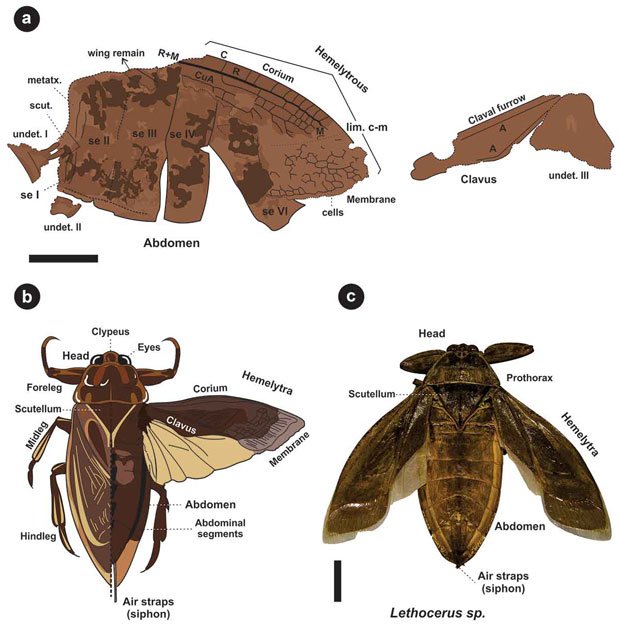 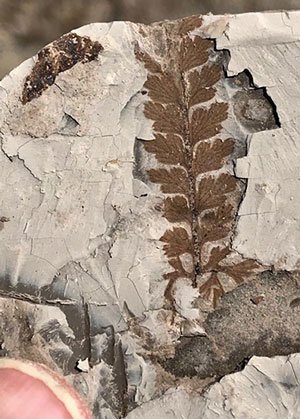 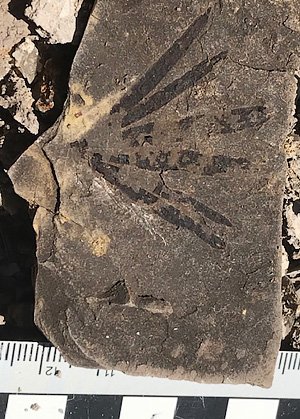 Morrisonnepa jurassica expands our knowledge about Jurassic nepomorph aquatic bugs during this era. And this site suggests that the area included small lakes, and that additional fossil beds like this may yet be discovered.

Scientists determined that Morrisonnepa was in the hemipteran insect group Nepomorpha (the “true water bugs”) and is most similar to the modern family Belostomatidae (aka, the “giant water bugs”). The modern insects have a stinging proboscis and prominent foreleg pincers they use to latch onto and attack prey. This family has wings and can fly, but nepomorphs also hunt underwater, primarily in fresh water habitats with species around the world. They have a painful bite, but prefer to avoid humans.

This exceptional Morrison Formation site will be the focus of future field work, and there are additional specimens undergoing study now. The fossils shown were collected under BLM permit and the type specimen is in paleontology collections at the Utah Field House of Natural History State Park Museum in Vernal, Utah.

Article on the Utah State Parks blog on the new species