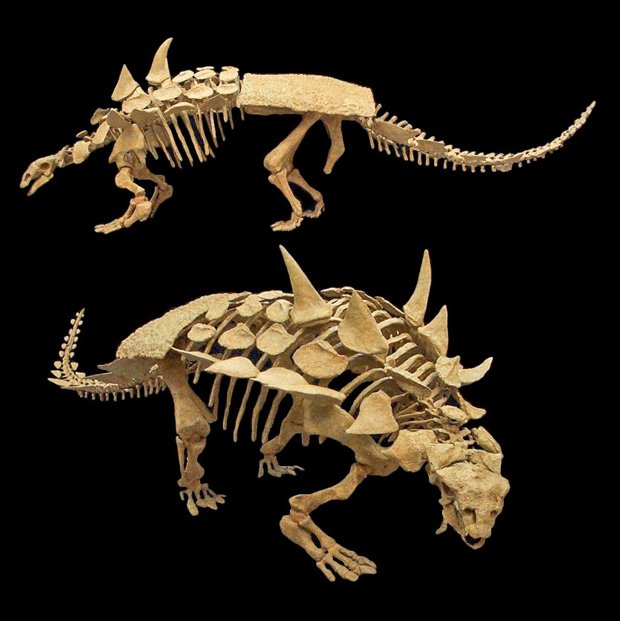 Gastonia burgei is an herbivorous ankylosaurian dinosaur from the Early Cretaceous in Utah, about 125 million years ago. Gastonia is usually considered a nodosaurid — a branch of ankylosaurs without tail clubs. Gastonia is closely related to Polacanthus, found in England in rocks of similar age. Gastonia has a large sacral shield and large shoulder spikes, along with smaller dermal armor over the top of the body.

The holotype (the reference specimen for the species) of Gastonia burgei was discovered in a bonebed of the lower Cedar Mountain Formation in a quarry north of Moab. The bonebed contained the fossil remains of several Gastonia, as well as an iguanodontid dinosaur and the large carnivorous theropod, Utahraptor. Gastonia was formally named and described by James Kirkland in 1998, from the holotype specimen and other fossil material recovered from the quarry. The name Gastonia honors U.S. amateur paleontologist and artist, Rob Gaston. The species name G. burgei honors the former director of the College of Eastern Utah (now USU Eastern) Prehistoric Museum, Donald L. Burge.

Gastonia burgei was found in rocks of the Cedar Mountain Formation’s Yellow Cat Member, which has been dated to the Barremian, 126 million years ago. The holotype is CEUM 1307 (at the USU Eastern Prehistoric Museum), a skull of an adult individual. Many hundreds of additional disarticulated bones have been uncovered from the Gaston Quarry and the Dalton Wells Dinosaur Quarry. More complete material exists for Gastonia than for any other basal ankylosaur.

Gastonia lived in a partly wooded habitat, with riverine forests being separated by open areas. The climate was rather dry with a short wet season. Other dinosaurs of the Yellow Cat include the euornithopods Hippodraco, Cedrorestes, and Iguanacolossus; the sauropod Cedarosaurus and the theropods Falcarius, Geminiraptor, Martharaptor, Nedcolbertia, Utahraptor and Yurgovuchia. Gastonia was the only ankylosaurian present and one of the most common species of its fauna.

James Kirkland suggests that Gastonia could have been so abundant because its armor effectively protected it against the top predator of its habitat, the giant sickle-clawed Utahraptor. Gastonia would have relied not only on its spiky armor, but could also have struck a predator with the horizontal spikes of its flexible tail. The armor could also have been used in mating displays and dominance fighting.

Ankylosaurs are typically assumed to have been solitary animals because their short legs seem poorly adapted to long distance herd migration, but the unually high concentration of Gastonia fossils at quarry sites seems to contradict this. 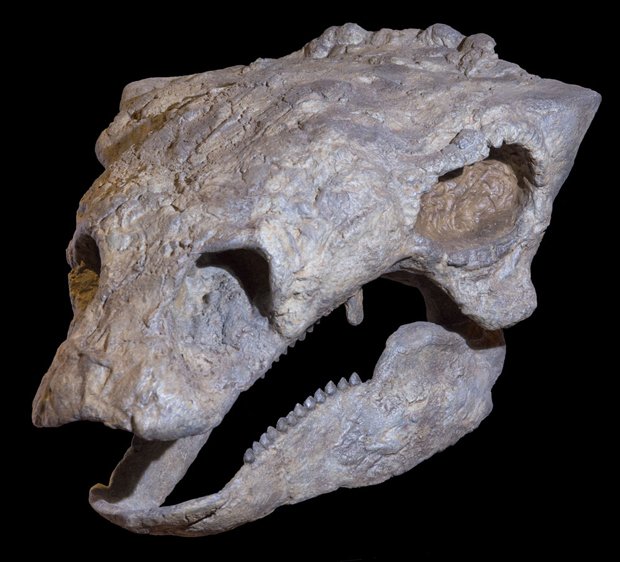