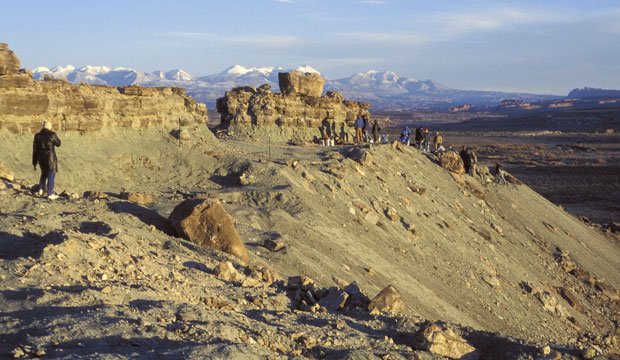 Dalton Wells is an historic site 14 miles north of Moab. During the 1930s, the Dalton Wells Civilian Conservation Corps Camp was the base of operations for Depression Era work projects. Later for a few months in 1943, the abandoned Dalton Wells CCC Camp was converted to the Moab Relocation Center for the incarceration of Japanese American citizens. This site is listed on the National Register of Historic Places.

Outcrops near Dalton Wells were long-known to be fossiliferous, and in the 1960’s, Moab’s famous fossil collector Lin Ottinger introduced Brigham Young University’s Jim Jenson to a fossil-rich bonebed. Ottinger later donated bones to BYU that would eventually be named Iganodon ottingeri in his honor. BYU paleontologists including Dee Hall, Brooks Britt, and Ken Stadtman started long-term work at what became the Dalton Wells Quarry, eventually collecting over 4,200 bones over 11 field seasons. The Museum of Western Colorado also did field work at the site.

The bone bed at Dalton Wells Quarry is in the Yellow Cat Member of the Cedar Mountain Formation. The rocks and bones date to ~126 million years old in the Early Cretaceous Period. The 4,200 bones collected came from 67 different animals. Species found at the site include the first bones found of the sickle-clawed predator Utahraptor, the armored herbivor Gastonia, the long-necked sauropods Moabosaurus and Venenosaurus, the theropod dinosaur Nedcolbertia, and others. The fauna found at Dalton Wells Quarry is one of the world’s most diverse records in the Early Cretaceous.

Lands around Dalton Wells have recently received a lot of attention in newly-passed legislation that will create Utahraptor State Park to provide interpretation of the historic sites and the Quarry, as well as to provide much-needed camping infrastructure to an area that is suffering from heavy use by campers. Utahraptor State Park’s designation will also help prevent illegal fossil collection and preserve a valuable scientific and public resource.

Please remember that collecting vertebrate fossils is illegal. If you find fossil bone in the area, please document it (photo with location data) and send the information to land managers. Your find could potentially fill in a missing piece of the scientific puzzle. Learn more about fossil reporting here. 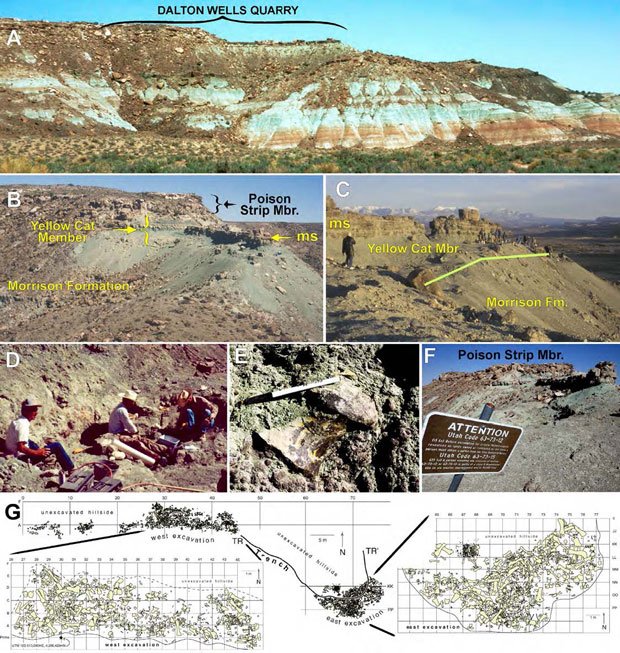 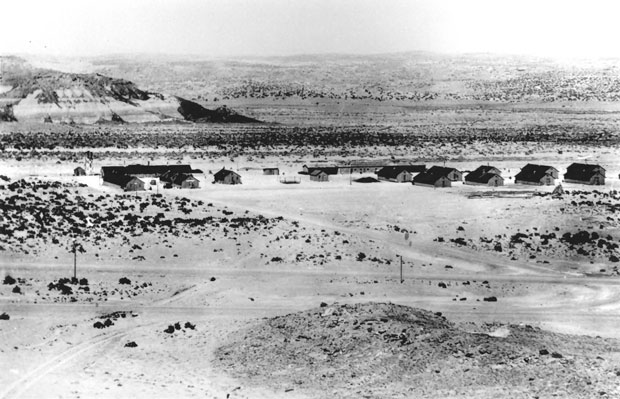 More information about the Dalton Wells Quarry and the dinosaurs it has yielded: