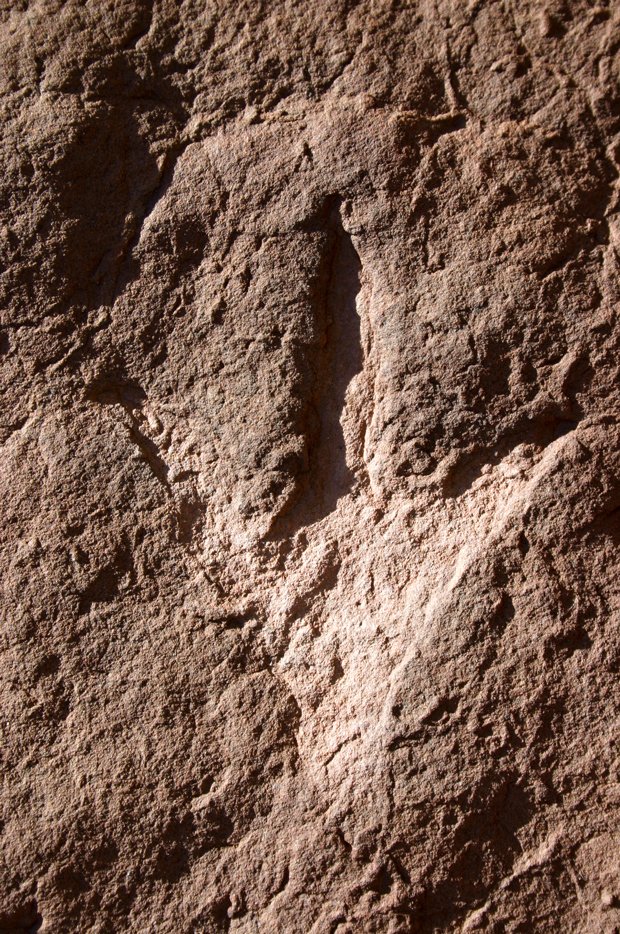 Anomoepus footprints were originally described from the Lower Jurassic of the eastern United States by E. Hitchcock in 1848. He found them difficult to interpret. Later, they were also discovered in the western United States (and many other places around the World). Anomoepus footprints in this region were possibly left by early ornithischians like Scutellosaurus, also found in the strata of the same age in the western U.S.A. Anomoepus localities were reported in Utah, from Moab area, around Lake Powell and from the Lisbon Valley Oilfield. The length of the Anomoepus footprint is usually about 4 inches (10 cm) in length.

The best trackmaker example of tracks names as Anomoepus is Scutellosaurus, known from Early Jurassic from the U.S.A. The name Scutellosaurus means “little-shielded lizard”. Scutellosaurus was a small plant-eater of the Thyreophora group, which included stegosaurs and ankylosaurs. It was one of the earliest representatives of armored dinosaurs. It was distinguished by a very long tail and an abundance of armor plates. Scutellosaurus may have been mostly bipedal, as is shown by the long slender hind limbs and compact hind foot.

Anomoepus moabensis (described by Martin Lockley and Gerard Gierlinski, 2006) a unique ichnotaxon (a distinct trace fossil “species”). It is associated with the transition between Kayenta Formation and the Navajo Sandstone. The tracksite is difficult to access on Poison Spider Mesa — eight miles from the Poison Spider trailhead. The trailhead is very close to the famous Poison Spider Dinosaur Tracksite, along the Potash Road on Highway 279, seven miles south of the junction with Highway 191. 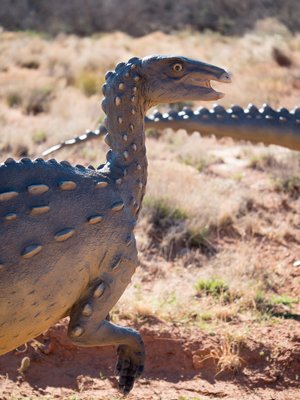